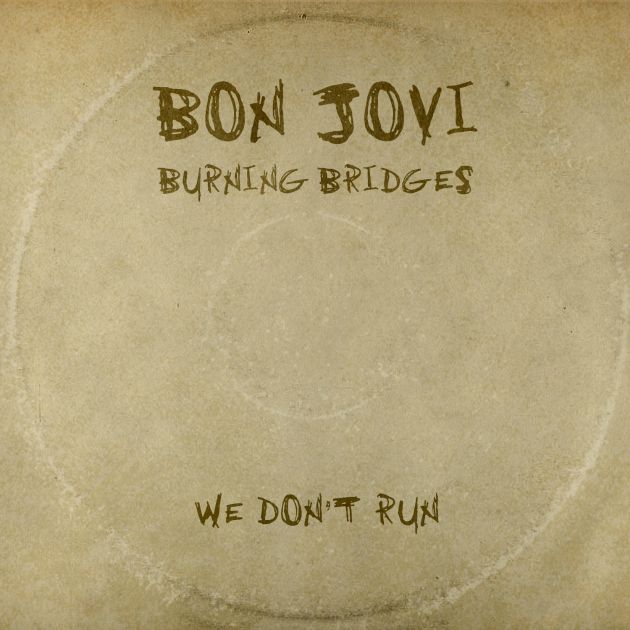 Bon Jovi announced that a new album was set for August debut last week, and named “Saturday Night Gave Me Sunday Morning,” as the first track to be released. Instead, the first single released from the upcoming Burning Bridges album is “We Don’t Run,” and it’s already being serviced to radio.

Details are still hazy regarding whether Burning Bridges is supposed to be considered an “official” Bon Jovi release — since word of the album first leaked a few days ago, it’s been called a project “for fans” that’s arriving while the group remains at work on a new recording for “full-scale release in 2016.” The brown-bag artwork for “We Don’t Run” also suggests this might be some sort of stopgap collection, and some have wondered whether Bridges would even receive a U.S. release.

The band’s label, Republic Records, is streaming “We Don’t Run” on its site that lists the track as “available for immediate airplay.” The page says, “From the forthcoming Special Fan Album “Burning Bridges” Available 8/21 — Upcoming Tour to be Announced.”