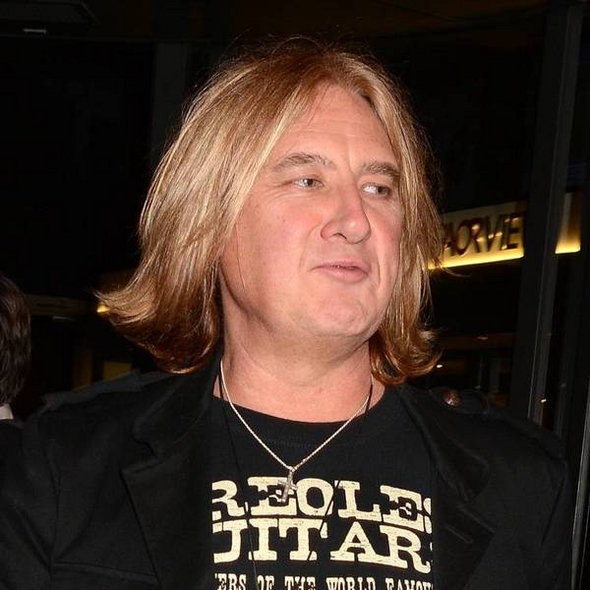 “He’s great. We toured nine months last year and Joe was actually touring with walking pneumonia for most of the time. And when he got better… He actually got a nasty cough just after Christmas, after pneumonia had gone, [he got] this awful hacking cough. So that’s really what kind of messed him up. You know, when we’d done these dates in Florida… We’d only done one show and, all of a sudden, his voice just kind of went out. And the doctor said, ‘Look, you’ve gotta stop singing for a month.’ So he’s doing great now. He’s actually all back to normal.”

Less than two months ago the band was forced to postpone the last ten dates of its tour with STYX and TESLA due to Elliott suffering from vocal issues.

You can now listen to the interview below.