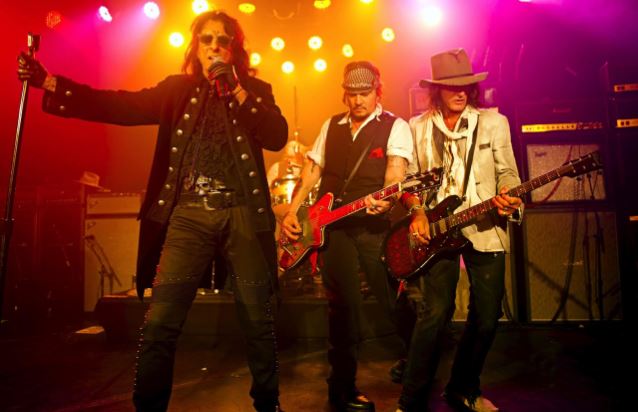 When you have Alice Cooper, Joe Perry, Duff McKagan and Matt Sorum and actor Johnny Depp all in one band, scheduling can be an issue. But the all-star covers outfit Hollywood Vampires have found a way to make it work for more 2016 dates.

Beginning May 27, the band will return to the road at the Rock in Rio festival in Lisboa, Portugal. Shows in Sweden, Denmark and Romania follow, before the band starts a string of U.S. shows during the month of July.

“We have to carefully schedule the Vampires,” Cooper recently told Rolling Stone. “That’s because you have Johnny’s movie schedule, you’ve got Aerosmith, you’ve got Guns N’ Roses and you’ve got me! It’s five entities going five different directions. To get those guys all at once when we’re not working is really unique, so everybody looks at their calendar and you have to find that two weeks where everybody’s off.”