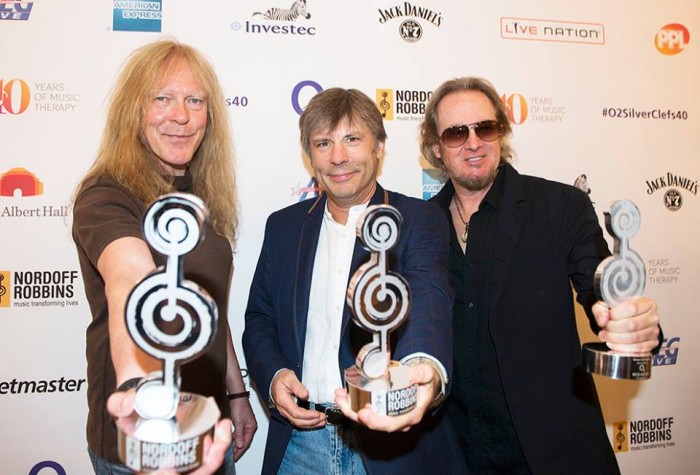 Iron Maiden been awarded the prestigious O2 Silver Clef by Nordoff Robbins in recognition of “outstanding contribution to UK music”.

Iron Maiden were given the award in recognition of them being one of the most globally successful and influential rock bands of all time, having sold over 90 million albums worldwide and played over 2,000 concerts in 59 countries to date.

In its 40 year history, the Awards have raised more than £8.5 million to fund Nordoff Robbins’ ground-breaking work with music therapy.

Check out video from the acceptance ceremony. Up the Irons!