Carol Cesario, a lifelong Bon Jovi fan battling stage-four lung cancer, was probably thrilled just to visit the singer’s New Jersey restaurant. But then Jon Bon Jovi himself showed up to wish her well, and everything changed. 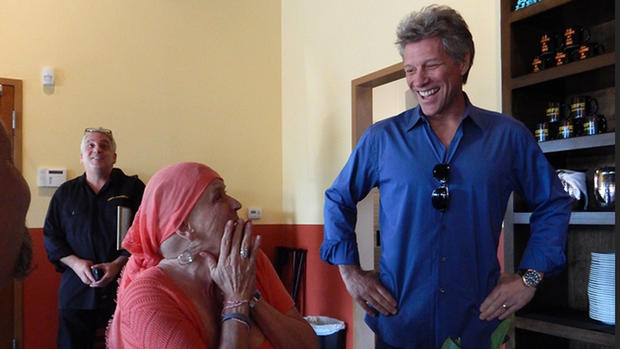 Cesario was sitting with her back to the door when Bon Jovi walked in. “Oh my God,” she yelled out, when she finally noticed him. Watch the video above to see what happened. The meeting came after Cesario’s daughter, Rosie Skripkunis, set up a social-media campaign to connect her mother with Bon Jovi. Skripkunis said that she was contacted by Bon Jovi’s management team within an hour of posting a makeshift sign pleading for a visit. “One of her biggest dreams was to meet him, ever since I was little,” Skripkunis told NBC Philadelphia.