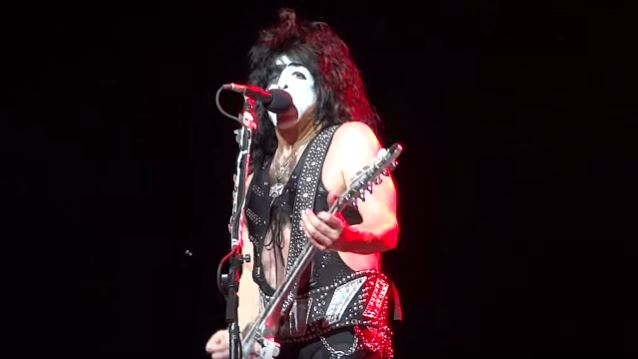 When asked whether the band KISS owns the rights to the makeup made famous by all the group’s original members, Paul Stanley said,

“Very much so. Years ago, the original guys [guitarist Ace Frehley and drummer Peter Criss], basically, sold it off for, you know, not a whole lot, because they didn’t think it was worth anything. Quite honestly, I’ve always thought that our image and what we represent is priceless. So… That it didn’t matter to some other people, it truly matters to me.

So, that being said, [current KISS drummer] Eric Singer I’ve known 26 years and I think he’s been in the band for decades. And Tommy [Thayer, current KISS guitarist] has been around the band for decades and has been in the band probably 12 or 13 years. I have to say KISS is somewhat like a football team, or an army. If somebody falls by the wayside, somebody else picks up the flag and runs. If somebody is out on the football team, somebody else comes along. I don’t think that when you go to see your favorite football team, you’re yelling out that you wanna see somebody who was in the team 20 years ago. Time moves on, but the team lives on.”

Check out the full interview, below.