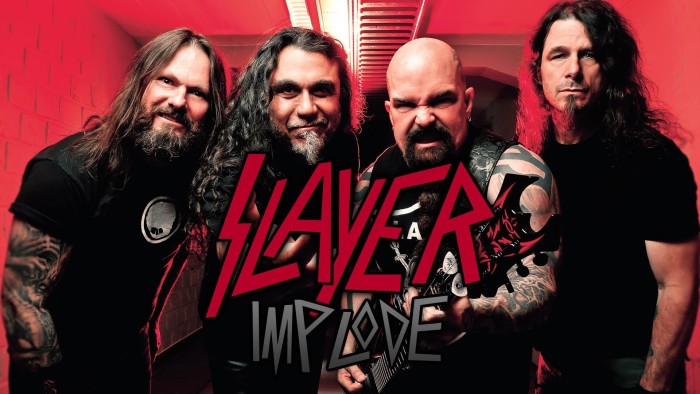 Slayer‘s 11th studio album, Repentless, is due out Sept. 11 via Nuclear Blast, but thanks to Scion AV, you can download one of the band’s new tracks for free right now!

Slayer have already introduced fans to a bunch of new tracks from Repentless, and “You Against You” is the latest to smash eardrums. In fact, a total of 15,000 free downloads of the song are being offered by Slayer and Scion, which as of this posting, are still available.

Even if you end up missing out on the free download, you can still stream “You Against You” in the player below. A limited number of 7-inch records for “You Against You” are also planned for release in January.