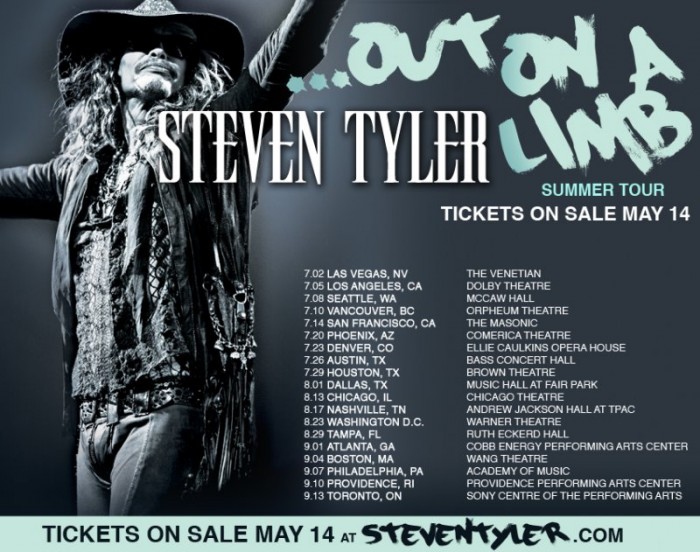 Steven Tyler wowed the sold-out crowd at Lincoln Center in New York on Monday with a hit-packed ramble through life in rock entitled “Steven Tyler… Out on a Limb.” On Wednesday May 4, the Aerosmith singer announced the dates for his solo North American tour of the same name.

The tour kicks off on July 2 with a show at the Venetian Theater in Las Vegas. Tickets for the shows go on sale on May 14.

Sept. 13: Toronto, ON – Sony Centre for the Performing Arts