June 7, 2009 – Bret Michaels is injured during Poison’s performance at the 63rd Tony Awards.  While exiting the stage, part of a new descending set struck him on the head and knocked him down.  The following year, Michaels is rushed to the hospital and doctors discover that he has a massive subarachnoid hemorrhage. Michaels files a lawsuit for unspecified damages against the Tony Awards and CBS claiming the incident caused the hemorrhage and they eventually agree to settle the lawsuit for an undisclosed amount.

June 7, 1969 – Keith Richards and his 7 months pregnant partner Anita Pallenberg are involved in a car crash near their home in England. Richards is thrown from the car but escapes serious injury; Pallenburg sustains a broken collarbone, but the baby is unharmed.

June 7, 2008 – Jimmy Page and John Paul Jones make the crowd go wild when they appear onstage to jam with the Foo Fighters during their Wembley Stadium gig in London. They appropriately play “Rock And Roll” and “Ramble On,” with Dave Grohl handling the drums and Taylor Hawkins filling in on lead vocals on “Rock and Roll.” [WATCH VIDEO BELOW]

June 7, 1993 – Prince turns 35 and gifts himself with a new name that is an unpronounceable symbol, making him, literally, an icon. 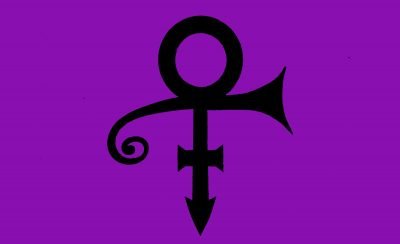 June 7, 2012 – Bob Welch, an early member of Fleetwood Mac, commits suicide by gunshot at his home in Nashville. He was 66. Welch had recently had back surgery, from which doctors told him he would not recover.  His wife stated that he was in constant pain, and wanted to spare her from taking care of him in his declining health.  Welch was instrumental in getting Fleetwood Mac to move to Los Angeles, which revitalized their career.  He then had a very successful solo career, and had hits with the songs “Sentimental Lady” and “Ebony Eyes” among others.