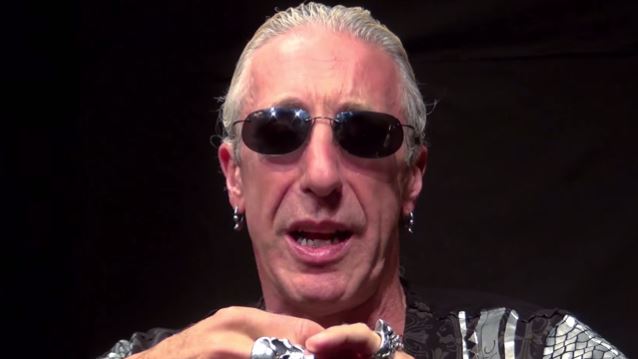 Snider said in an podcast interview with Mitch Lafon, “I’ve been approached by some top songwriters who said, ‘Dee, you’re iconic, and we think we can bring you to the masses with contemporary rock music.’ And I was, like, ‘Let’s do it.’ They came to me. These are people who write for Kanye, they write for Katy Perry, they write for Pink, they write for Taylor Swift… They’re top pop songwriters. And they said, ‘Listen…’ This guy’s name is Damon Ranger. And he says, ‘You’re iconic. You’re the voice of rebellion. And I think with the right songs, you could reach a whole new audience — a mainstream rock audience.’ And I said, ‘You’ve got songs?’ He goes, ‘Yeah.’ I said, ‘Let’s give it a try.’ So we demoed one song, called ‘We Are The Ones’, which is a real Active Rock… it’s hard, but it’s not metal. And it came out great. So we went into the studio and recorded four more songs. And I just signed two [record] deals, and we’re going back into the studio to finish the album at the end of February. And I’m not sure when we’re gonna release it.”

He continued: “I’ve been challenged to transform myself at the ripe old age of 61, and I like being challenged. It was almost a dare. I don’t wanna say it’s out of my wheelhouse, ’cause it’s my voice. But this stuff is very different. It’s edgy. Think FOO FIGHTERS, think QUEEN stadium anthem [type of sound], think that kind of mainstream rock. So it’s still crunchy, and it’s still got attitude, but it’s not ’80s rock. It’s contemporary-sounding stuff.”

Snider admitted that it will be a tall order convincing rock music fans to embrace his new sound. “Will they be able to say, ‘Oh, Dee Snider — new contemporary rock music. Can we accept Dee Snider?'” he said. “So far… Like I said, we demoed [several songs] and we got record deals, so we’ve got people who see it and hear it and believe it. So we’ll continue down this path and we will see.”

Check out the interview, below.